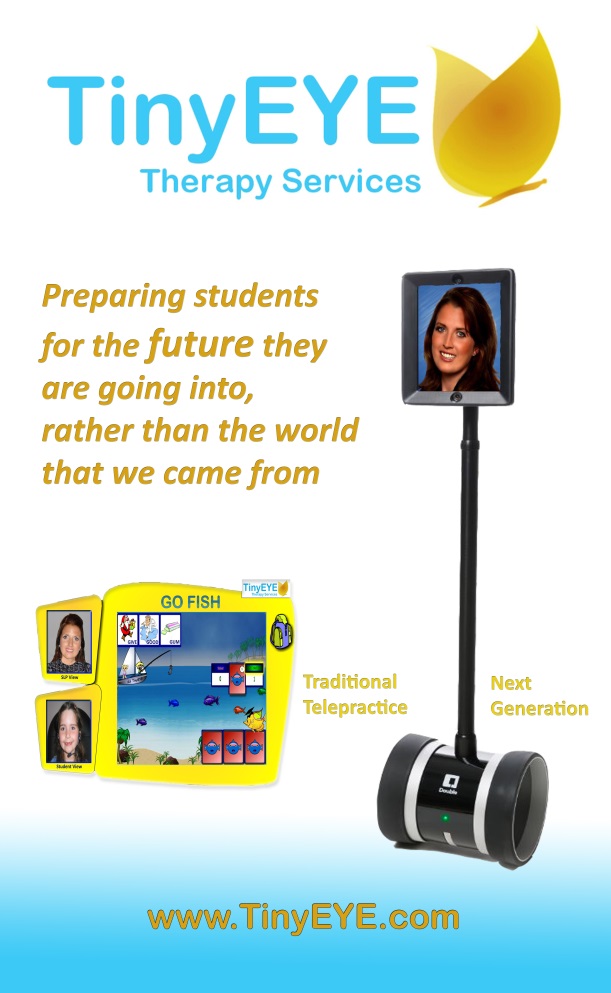 Has your school ever been in a situation where hiring is so difficult that you can’t even fill your teaching staff, let alone your educational assistant and therapy staff? Such was the case in Wilmac, North Dakota in late 2013. Greg, TinyEYE’s CEO and Cofounder was speaking Director Shawn Huss about their speech and occupational therapy needs for the following year, when Huss mentioned that none of this could possibly work, as they did not have anyone hired to be the school’s EA. Greg quickly responded, “How about a robot?” and the future was born.

Wilmac schools have been using their robot to bring students back and forth from class ever since that day. “We ran into a few problems at first,” Greg stated, “One of which being that the teachers couldn’t actually tell when the robot was at the door to the classroom. No one could reach out and knock for it. This resulted in the robot’s driver actually driving the robot into the door repeatedly, until someone noticed that it was there. It was quite funny.” Since then, other methods have been taken to ensure that the classroom teachers are aware of the robot’s arrival.

TinyEYE Therapy Services has partnered with Double Robotics, the creator of the world’s first affordable robotic telepresence in order to provide this service many other schools. “They are being used in a couple of different ways,” said Tiffany Kaminsky, National Sales Representative. “These robots aren’t just walking kids around. They are allowing therapists to enter the classroom and see the kids in their natural environment, which just wasn’t possible for remote therapy in the past.”

So what does this mean for you? Children who were not able to receive speech or occupational therapy in the past due to the remote location of their school or inability to hire a therapist are now receiving the services that they want and deserve, in new and revolutionary ways. Schools are excited to see how well the children are progressing – often seeing better results than children enrolled solely in traditional therapy methods. As these schools aren’t being charged for the therapists’ travel time, and reporting within the TinyEYE software is much less time consuming than traditional methods, the schools are actually receiving more therapy for their dollar.

Want to find out more? Visit us at www.TinyEYE.com

This is part of a 12-week blog series on Robotics and Online Therapy by TinyEYE Therapy Services. Posts will be published every Wednesday at 10am PT.