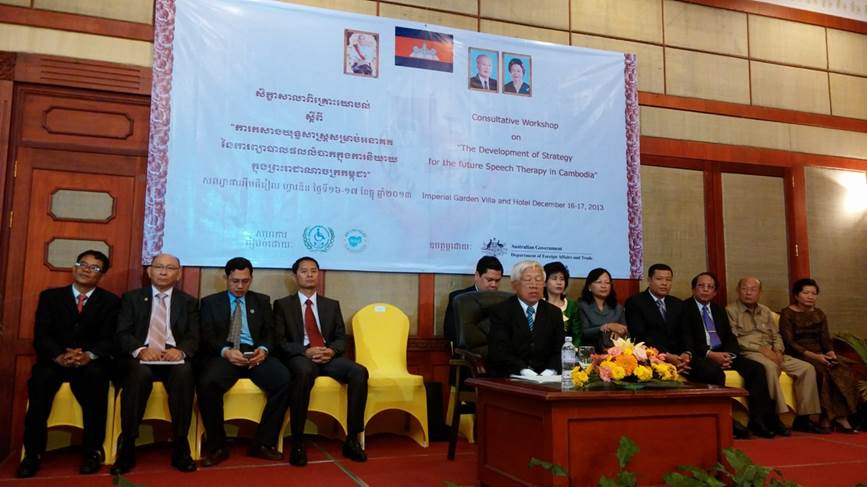 In October 2013, TinyEYE found an online campaign seeking assistance to bring speech therapy to Cambodia, addressing a known problem with discrimination to ward those who have difficulty speaking or communicating. Reflecting on our goal to reach children with therapy needs worldwide, TinyEYE immediately stepped in providing assistance both financially and by connecting them with government authorities who could help provide a framework upon which CABDICO could start to build Cambodian speech therapy.

Since this campaign started, there have been monumental gains in Cambodia. What began as a plea for help resulted in a meeting including ministry partners, international and national NGOs, and international universities. During this meeting, many authorities committed to forwarding the four key issues surrounding Cambodian speech therapy: lack of policy, lack of community awareness, lack of identification and referral, and lack of in-country training for Speech Therapists.

Afterward, CABDICO launched a plan of action to introduce a Speech Therapy course to the University of Health Science in Cambodia. Immediately following, they ensured that speech therapy was included in the Cambodian Government’s National Disability Strategic Plan (NDSP) for 2014-2018.

This campaign still faces many challenges, lack of funding notwithstanding. But overall, the future of speech therapy in Cambodia looks bright indeed. The video below shows Ratai, one of the Cambodian children receiving speech therapy as a result of this effort.

We Are Here For YOU